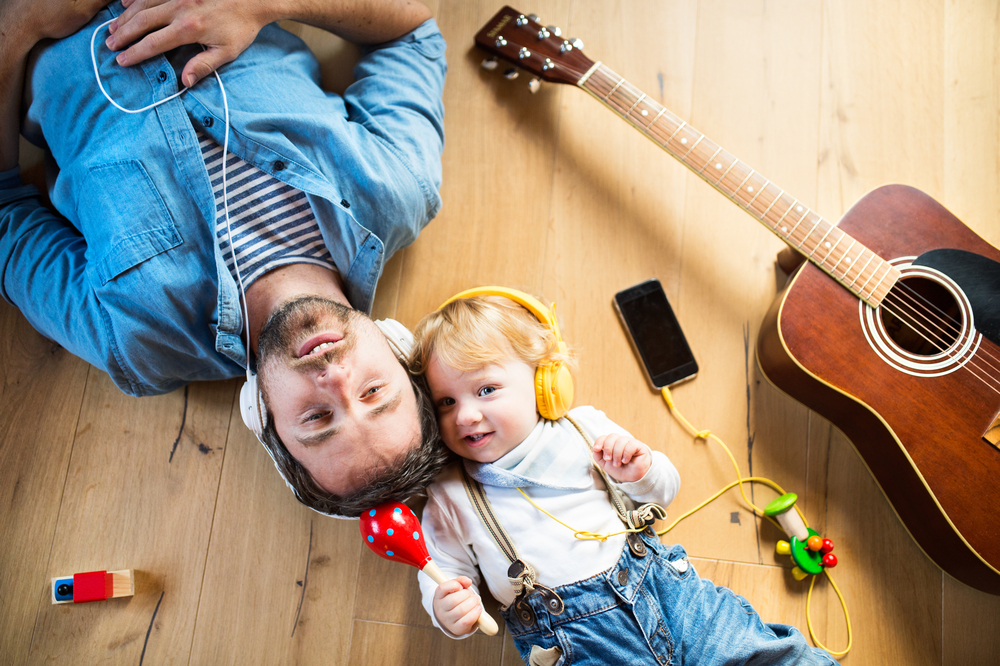 When asked what song he would like to learn, Jacob said, “Taxman” by the Beatles.  He was a little guy at the time (about 8) and just starting out on  guitar. How did Jacob know that song?  It’s not one of the common Beatles tunes one would hear on the radio.  Turns out that Jacob’s dad is a Beatles fan!  Marco wanted to learn “Patience” by Guns and Roses – his mom is a big fan.   Brenna wanted to play, “Greensleeves”  – it’s her gramma’s favorite song.

Parents often ask me how they can expose their young children to a variety of music.  They inquire about classes or workshops.  But, in reality, parents are the first and best teachers.  Your kids are always watching, learning, and absorbing everything you say and do.

There is an easy way to expose your child to great music:  Create a playlist for the car and home sound system.  And, these days, it’s easy to ask “Alexa” or “Google” to play a tune.

Here are three steps to help you line up great tunes on a playlist:

1. Use the Sesame Street format:

2. Here is an over-view of many different types of music:

3.  And here is a list of tunes to help you get started. Pick out a few you know and a few you’ve never heard.  Start with about 10 tunes. Add in your favorites, and let me know those so I can add to my list:

Air On a G String – Bach

Annie –  The Broadway Show by Charnin/Strouse

Carnival of the Animals – Saint-Saëns

Cello Suite #1 Prelude – Bach  (also can be heard on guitar)

Conceirto de Aranjuez – Rodrigo  (2nd movement is the most famous)

Come Fly with Me – Sinatra

Four Seasons – Vivaldi  (“Spring” is the most popular one)

I’m So Lonesome I could Cry – Williams

In the Mood – Glen Miller Orchestra

Piano Concerto #23 in A Major – Mozart

Peter and the Wolf – Prokofiev

Piano Concerto #23 in A Major – Mozart

This Land Is Your Land– Guthrie

What a Wonderful World – Louis Armstrong

Donna Zitzelberger is passionate about giving kids a lifelong love of music and has been doing just that for 16 years. She teaches guitar and ukulele both in private lessons and online courses at www.kidsguitarcorner.com

Previous Post: « Teaching What I Learned from Yo Yo Ma & Pepe Romero
Next Post: Construction of a Growth Mindset »

No spamming; no sharing your e-mail; unsubscribe anytime.

If you don't receive your checklist, , check your g-mail promotions box or boxes other than the inbox.